Posted by UCLA Stress Lab on July 11, 2017   |   Comments Off on Dr. Slavich Receives 2017 Award for Outstanding Contributions to Health Psychology 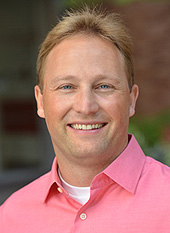 Lab director, Dr. George Slavich, Ph.D., has been announced as the 2017 recipient of the highly coveted Early Career Professional Award for Outstanding Contributions to Health Psychology. The award is given by the Society for Health Psychology, and prior recipients have included many renowned health psychologists, such as Robert Kaplan, Kelly Brownell, Margaret Chesney, Karen Matthews, Andrew Baum, Sheldon Cohen, Janice Kiecolt-Glaser, Susan Lutgendorf, Willem Kop, Elissa Epel, and Julienne Bower, among others. Dr. Slavich will be presented with an award plaque and cash prize at the 2017 convention of the American Psychological Association in Washington, DC.

Dr. Slavich was nominated for the award by Dr. Michael Irwin, M.D., the Cousins Distinguished Professor of Psychiatry & Biobehavioral Sciences at the David Geffen School of Medicine at UCLA, Distinguished Professor of Psychology in the UCLA College of Letters and Sciences, Director of the Cousins Center for Psychoneuroimmunology, and Director of the Mindful Awareness Research Center.

It is a pleasure to announce Dr. George Slavich as the 2017 recipient of Early Career Professional Award for Outstanding Contributions to Health Psychology.

Most notable, George is generating new knowledge, ideas, and theories that are helping define new frontiers in health psychology, as evidenced for example in his and Dr. Irwin’s comprehensive review in Psychological Bulletin, published in 2014. This vast review, already cited over 350 times, describes the first fully integrated, multi-level theory of depression, called Social Signal Transduction Theory of Depression.

Additionally, George’s original work has begun to identify the full set of psychological and biological mechanisms linking social stress and disease, which cut across all major levels of analysis in a highly integrated and sophisticated manner. For example, George has discovered what brain regions underlie inflammatory responses to social stress, as published in the Proceeding of the National Academy of Science of the United States of America. He has further shown that targeted rejection life events reach deep inside the body to activate intracellular signaling molecules that regulate systemic inflammation.

Moreover, it is important to note that George has pioneered new methodologies for the assessment of adverse life experiences. Most recently, he created the first online system for assessing lifetime stress exposure. This system, called the Stress and Adversity Inventory (STRAIN), systematically asks people about different types of stressors that they may have experienced since childhood. The STRAIN is now extensively utilized in several NIH-funded projects, as recognized by his leadership as Associate Director of the National Institute on Aging (NIA)-Supported Stress Measurement Network.

Not surprising given the strengths of George’s innovative and impactful scholarship, he has received several competitive awards from the National Institutes of Health, the Brain and Behavior Research Foundation, and several other private foundations. He has also received numerous other early career research awards, including the Neal E. Miller New Investigator Award from the Academy of Behavioral Medicine Research.

In closing, George has enormous upside potential, and we anticipate that he will continue his work and emerge as a leading scientist in health psychology in the years to come.