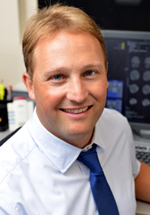 The Laboratory for Stress Assessment and Research is proud to announce that laboratory director, Dr. George M. Slavich, Ph.D., has received three prestigious early career investigator awards. The awards are from the Society for a Science of Clinical Psychology, Society for Research in Psychopathology, and Society of Behavioral Medicine, and they recognize outstanding early career contributions to clinical psychology, psychopathology, and behavioral medicine research. These awards are described in more detail below:

The Society for a Science of Clinical Psychology is one of the oldest organizations in the United States devoted to promoting empirical research in clinical psychology, integrating research with clinical practice, and according science a central role in the training of clinical psychologists. Members of the Society are world-renowned clinical scientists and direct many of the clinical psychology training programs in the United States. The Society’s Early Career Research Award is named for the late Dr. Susan Nolen-Hoeksema, a Stanford University and later Yale University professor who conducted pioneering research on the role that cognitive and emotional processes play in depression. She is best known for her groundbreaking work on rumination. The Early Career Research Award named in her memory recognizes a young investigator and Society member who has made exceptional contributions to the science of clinical psychology. Nominees are evaluated with respect to having taken groundbreaking conceptual or theoretical approaches to solving a problem, making innovative methodological contributions to clinical psychology, and publishing highly significant and impactful empirical findings. In addition, nominees are judged with respect to their publications, grants, awards, scientific presentations, and positions attained since receipt of their Ph.D. Dr. Slavich is the second recipient of this coveted award. The previous winner was Katie McLaughlin.

The Society for Research in Psychopathology is one of the most prestigious organization in the United States devoted to the scientific study of psychopathology. Members of the Society are leading experts in the characterization of anxiety disorders, depressive disorders, personality disorders, and schizophrenia. The Society’s Early Career Award recognizes excellence and promise in psychopathology research by an early career member who has successfully developed an independent and impactful program of research. Early career clinical scientists are nominated for the award by Society members and evaluated according to the productivity, innovation, and significance of their research program. Dr. Slavich is the sixth recipient of this prestigious award. Previous winners include S. Alexandra Burt, Jennifer Tackett, June Gruber, Stewart Shankman, and Brian Hicks.

The Society of Behavioral Medicine is the premier scientific organization for more than 2,200 behavioral and biomedical researchers and clinicians who study the interactions of behavioral, physiological, and biochemical states in shaping human health, morbidity, and mortality. Selection for the Society’s Early Career Investigator Award is based on a comprehensive review the total career achievement of the nominated applicant, and a review of a representative published paper that exemplifies scientific rigor and innovation, is an original research investigation, and makes a significant contribution to the field of behavioral medicine. Dr. Slavich was selected for his professional achievements to date and for his 2010 paper published in the leading scientific journal, PNAS, which was the first to elucidate neural mechanisms underlying inflammatory responses to social stress. Dr. Slavich is the twenty-seventh recipient of this highly-selective award. Previous winners include Gregory Miller, Edith Chen, Alan Christensen, Michael Antoni, Joshua Smyth, Eli Puterman, and Janet Tomiyama.

Dr. Slavich is an associate professor and Society in Science – Branco Weiss Fellow in the Department of Psychiatry and Biobehavioral Sciences at UCLA, and a Research Scientist at the UCLA Cousins Center for Psychoneuroimmunology, where he directs the Laboratory for Stress Assessment and Research.

Slavich Identifies Inflammation as Leading Cause of Death in U.S.

Posted by UCLA Stress Lab on October 20, 2015   |   Comments Off on Slavich Identifies Inflammation as Leading Cause of Death in U.S.

It has long been known that stress increases a person’s risk for several psychiatric conditions, such as anxiety, depression, schizophrenia, and post-traumatic stress disorder, as well as numerous physical disease conditions including asthma, rheumatoid arthritis, cardiovascular disease, obesity, diabetes, osteoporosis, Alzheimer’s disease, certain cancers, and stroke. At the same time, it has been unclear exactly how these effects occur.

In a new article published in the leading psychoneuroimmunology journal, Brain, Behavior, and Immunity, Dr. George Slavich argues that components of the immune system involved in inflammation may represent a common mechanism linking stress with several different diseases. Dr. Slavich goes on to describe the importance of better understanding these links.

“All told, inflammation is involved in at least 8 of the top 10 leading causes of death in the United States today,” writes Dr. Slavich. “Understanding how inflammation promotes poor health, and how and when we can intervene to reduce inflammation-related disease risk, should thus be a top scientific and public priority.”

Several multi-level theories of inflammation and health have been recently proposed to shed light on how stress influences the immune system to promote poor health. Dr. Slavich writes that to realize the full potential of this work for improving human health, “we must continue to push the boundaries of scientific enquiry by conducting studies that are increasingly integrated, multi-level, and multidisciplinary, and that link inflammatory and related processes with important health outcomes.”

Dr. Slavich is an associate professor and Society in Science – Branco Weiss Fellow in the Department of Psychiatry and Biobehavioral Sciences at UCLA, and a Research Scientist at the UCLA Cousins Center for Psychoneuroimmunology, where he directs the Laboratory for Stress Assessment and Research.

Understanding Inflammation, its Regulation, and Relevance for Health: A Top Scientific and Public Priority